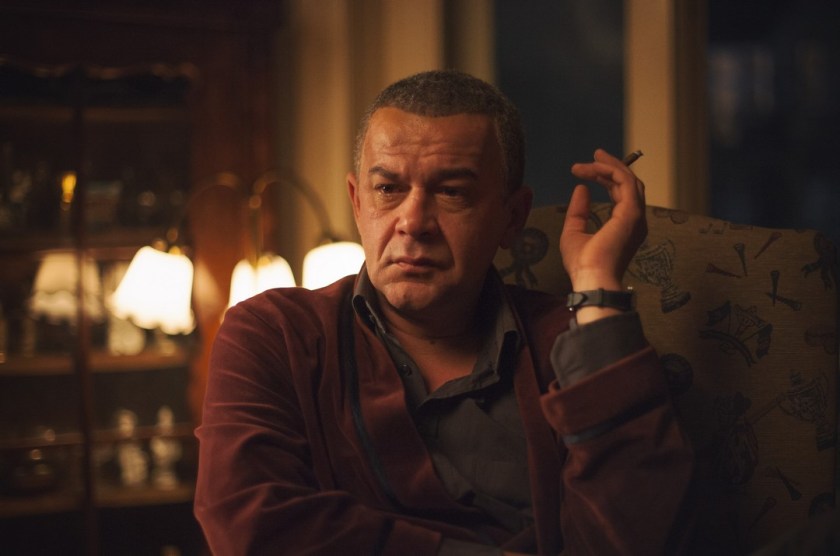 What a cunning recommendation. One huge room apartment emptied of personal belongings with big dark pieces of furniture and once white walls welcomed us uninspiringly .”Here should be a tailor shop” – a room where Vjeko Kralj reworks old dresses that were sewn by his mother, superb seamstress and connoisseur of fine things. Dresses that Vjeko clothes for his night out. Here will also be his beauty corner. There, among the dresses, is uniform of his father (Hrvoje Kralj) Ustasha officer, lying motionless in the next room. The discrepancy between the content charged life in future movie and empty rooms where we were standing, we tried to bridge with the incandescent lamp. “I would like this film to be dark, almost no color, preferably I would film it in black and white but in fact I think it would be too much.” We alternated in holding the lamp, put it to various locations in the room, as far as short cable allowed us, while taking photographs until we saw something that looked as – well, this could be our movie. “Just do not forget that street view, what we see through the window, as well as the building across the street, is very important, I want it to feel like a view of the city from the aquarium.” We split up late, carrying the first pictures of the new movie, each one in his/hers phone. 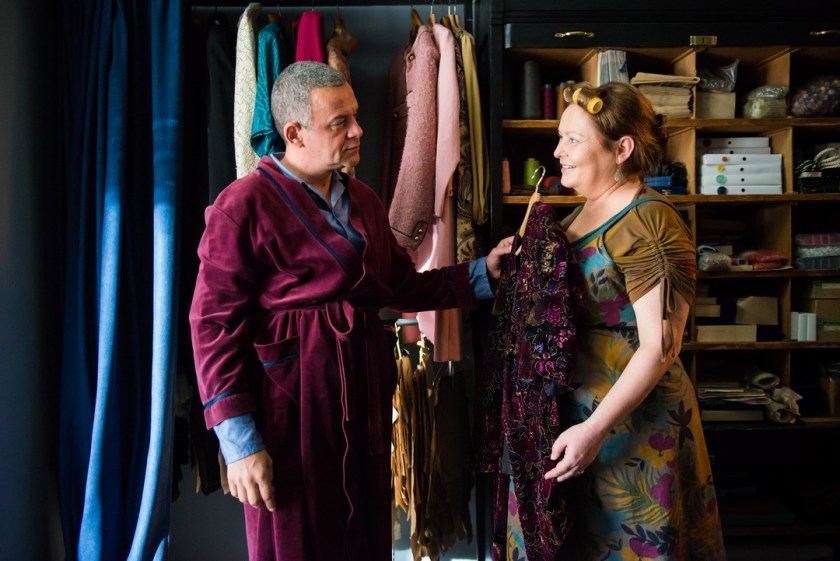 “What was the lenses on ” Amour “? I really liked textures in that movie.” “I think Cooke S5, They have been in my mind as a choice, even without “Amour”, “I’ll check. By the way they are available in Zagreb, which is very convenient.”

“Look, how did you imagined this film in technical way?” interested the producer Ivana Maloča. Well, like this – unlike the previous project, where we mainly relied on existing light “The Constitution” is a film that I plan to film with an increased ability to intervene with lighting which will allow us to more precisely reach the needed look and to keep it consistently, regardless of external conditions . This will require more equipment, also larger crew. To me the relationship between exterior and interior is important, and although the flat will be quite dark, just what is going into it largely will rely on lighting set outside the apartment. So large HMI lamps, scissor lifts, reserved parking spaces … This will free up space for action and camera moves around the apartment because I plan to use wide movements that include several rooms in frame so the apartment could feel complete in his really huge dimensions versus the tiny basement flat in which Samardžić family (second pair of characters) lives. All camera movements will be carried out with dolly or Steadicam. For the night scenes in the Upper Town we should light a good part of the city for which we could use more people, additional genny, additional quantities of smaller lightning fixtures. 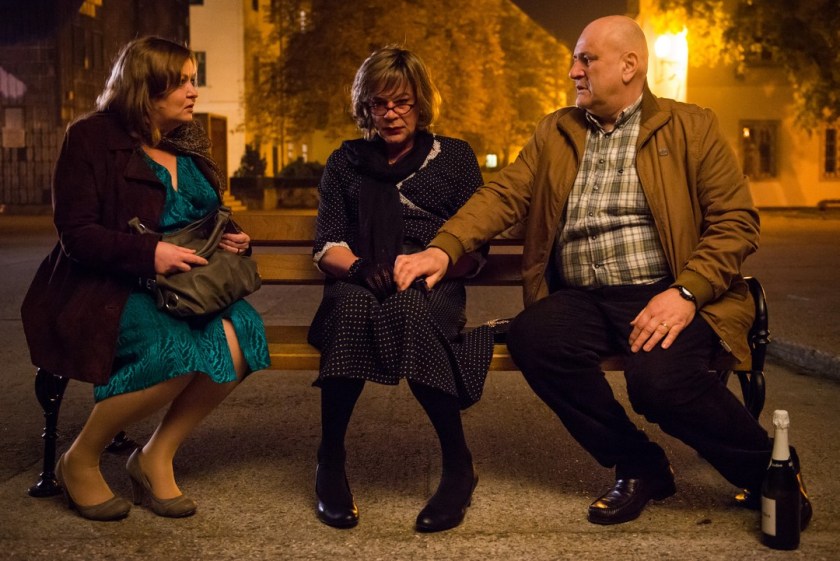 Two months later, during my holidays there was a telephone call from Ivan (Maloča), “Look, we went through the budget a hundred times and we will have to cut down …. and for the end – those lenses …” So we have reduced amount of needed equipment, distribute the people according to movie schedule, customize the look of the film to the the new situation – saving lenses. Later on, Željko Župan (first assistant) did not fail to recall my personal statement that I took Cooke S5 lenses primarily due to quality of textures, and not because of the large f stop they offer (1.4).

For warming up and a good start Rajko and me made detailed shot list for the first third of the movie. We have tried to create a system that will give us enough security in the beginning of the shooting so we can calmly feel the spirit of the movie. In the same time as the storyboard, emerged the sets of the movie. Slowly and thoroughly apartments were renovated into the living spaces of our characters in which, so it seemed, they lived for years. At the same time the life and art of finely designed sets called for research on families Kralj and  Samardžić, offering perspectives that we did not see until then. One little thing crept into my head before shooting –  this is so good colorwise so the idea about movie with no color is simply bad. The costumes were selected, makeup tests carried out, the image of the film was made and we were ready to start filming. “I have decided to move the scene of the conflict between Ante and Vjeko from room to hallway and film the entire path from the front door to the kitchen. I miss some physical dimensions of a conflict.” Really good, that somehow opened the way to possibility that a key scene in the film in which Ante is fighting for recognition of his humanity be enriched by changing light and dark areas of the scene. Ante will start as a silhouette, sinister threat, that from the depths of the corridor, demanding that the truth is to be said in his face. While Vjeko angrily pronounced “We are not flowers but we are better than you, murderers and a madman. I remember you Serbs from childhood …” Ante will fight back “and there is no way to convince you that I am something else …”, and in slow movement forward he will enter the light that will change his appearance from incarnation of evil-obsessed nation in a human being. I enjoyed the occasions like this, in long shots where the action and images melt together in a kind of dance –  while following a heavy night fighting, sewing clothes or the late Vjeko’s arrival to the fathers bed with a syringe full of cognac.

The agreement before the post-production was simple – thick, fat, heavy, rich, golden and warm colors. 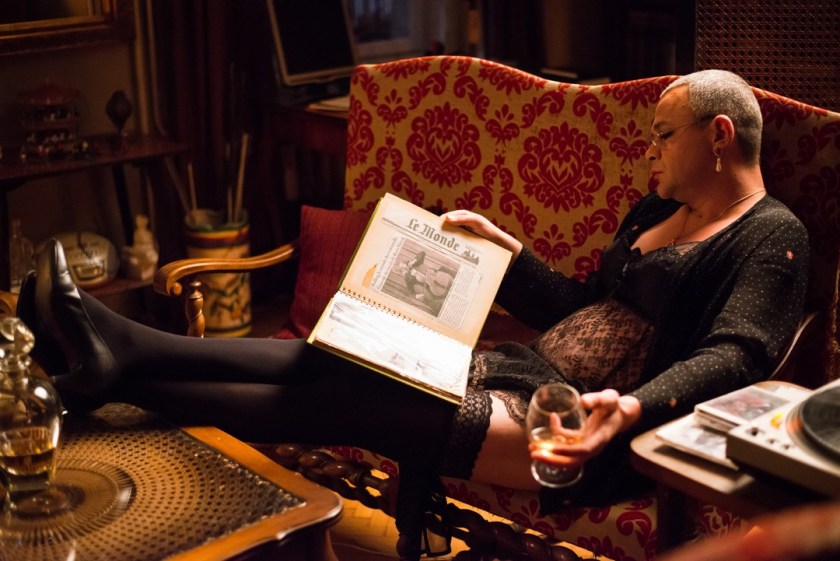 The intention of movie to talk about “heavy stuff” with a small faint smile emerging on a face and with the warmth that one can love the most negative hero (Rajko Grlić, director’s concept) diluted first idea of a faded picture on the border of black and white world. Our heroes were able to cross the difficult path from dark shadow in the corridor to real live people, willing to go out to the light.