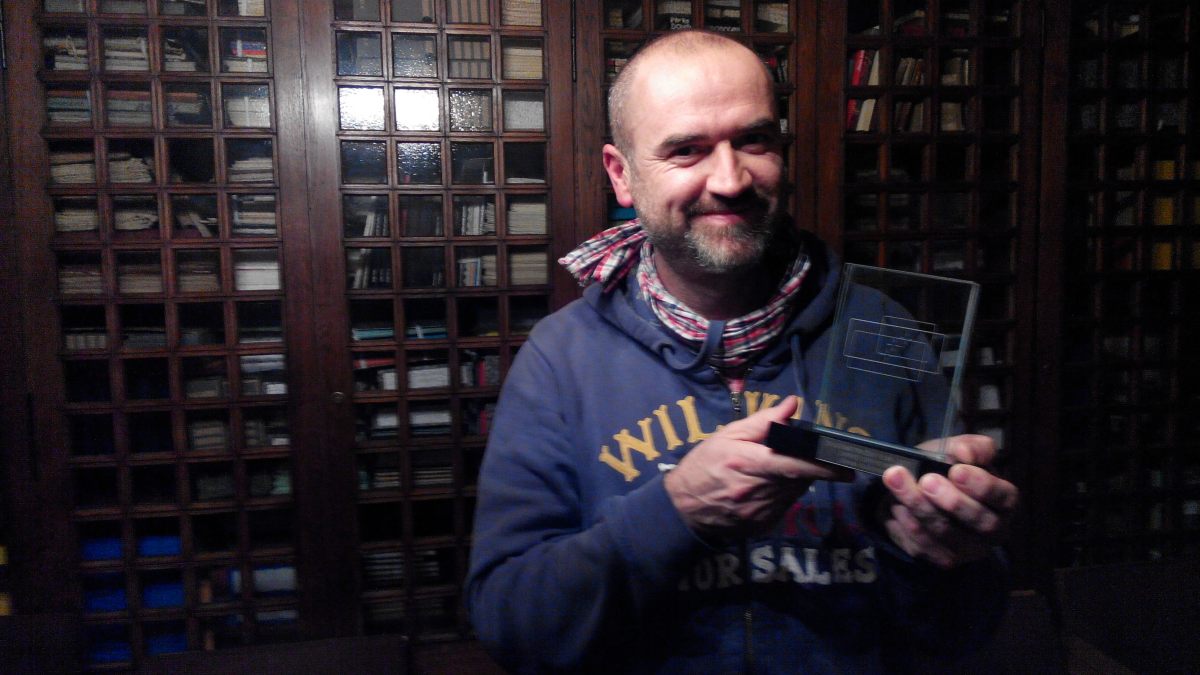 As part of the C.C.S.’ traditional annual event, on 22 December 2015 the cinematographers’ award Nikola Tanhofer was presented at the Croatian Cinematographers Society’s headquarters, honoring the achievements of 2014.

The C.C.S. jury, its members being Enes Midžić, Silvestar Kolbas and Dragan Marković, decided that the award should go to Darko Drinovac, c.c.s., for his cinematographic work on feature film Simon Čudotvorac, produced by Alka Film.

The award was presented by Silvestar Kolbas, who stated that it was a creation featuring “the work of a refined author, immersed in the directorial and dramatic concept, whereby lack of thus conceived film photography would have left us indifferent and deprived us of the full meaning of the film.”