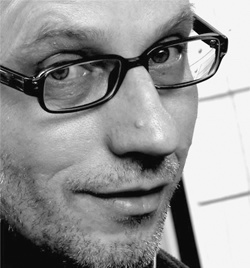 Silvestar Kolbas is a photographer, cinematographer and director. Born in Petrovci near Vukovar in 1956, he grew up in Vinkovci. He graduated in Film and TV Camera in 1982 from the Academy of Dramatic Art in Zagreb. Today he is a full-time professor at the same institution.

His debutant cinematographic work on Živorad Tomić’s feature film Diploma for Death won him an award at the Manaki Brothers Film Festival in Bitola in 1989. Early in his professional career he works as freelance photographer and cinematographer. Then he starts working for Croatian Television. Numerous TV programs, reports and TV films later, he becomes a top TV cinematographer. Kolbas had photo exhibitions, wrote and edited papers about cinematography, directed one feature film and numerous short and TV films, series and documentaries for television and in independent productions.

He had his directorial debut in 2003, with his acclaimed autobiographical film All about Eva. Made over a number of years, the film follows a couple (the director and his wife) in their numerous attempts of artificial insemination and the dilemmas arising from it. Lately he has mostly been engaged in feature-length documentaries (Life in Fresh Air, Lucky Child, All About Eva, Lora – Testimonies, Mimara Revisited), mainly for Factum. His medium-length documentary War Reporter, produced by Factum, won him the annual Vadimir Nazor Award for Film 2011.