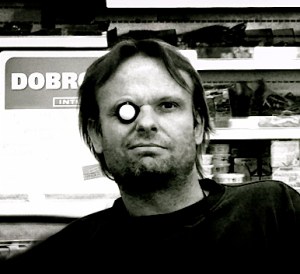 Born in Austria, Mladen grew up in Zagreb Croatia. At the age of four he was chosen as the lead actor in a Croatian television series. Mladen was the youngest member inducted into ZKM – the famous theater group in Zagreb. Thirteen years, and a lot of fun, later his true passion was born during the filming of a TV series – observing the work of the show’s director of photography.

Admitted to the “Center for Culture and the Arts” Department for film and TV in Zagreb, Mladen graduated with honors. He subsequently enrolled at the University of Zagreb Academy of Dramatic Arts (Department of Cinematography). At the end of his second year Mladen began assisting on professional sets.

In 1989 Mladen completed his studies and moved to Milan, Italy. He continued his work as a focus puller until 1995, when he started working exclusively as a DoP.

Since that time Mladen has shot some 200 TV commercials and 7 feature films, gaining experience filming in the studio, on location, from helicopters , on water and with thousands of extras. He is equally comfortable using both film and digital, in all formats. He has adapted to a varied range of styles – from sweeping cinematography, to hand-held immediacy. He is no stranger to complex and difficult projects – once successfully completing the shoot despite
filming through a hurricane.

With his passion for his craft, and an unflappable, balanced attitude, Mladen brings a European sensibility to each new project.

Mladen holds dual nationality – Italian and Croatian. He speaks: English, Italian, Croatian and use of German.