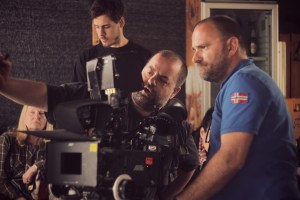 Pivčević’s career began in the late 1990s, with a string of short documentary films and music videos.[1] His first feature film was Alone (Sami, 2001), which won him his first Golden Arena for Best Cinematography award at the 2001 Pula Film Festival,[2] the Croatian national film awards festival. His next feature film was A Wonderful Night in Split, a 2004 critically acclaimed black-and-white film directed by Arsen Anton Ostojić, which earned him his second Golden Arena and a nomination for the Golden Frog Award at the Camerimage cinematography film festival.[3]

Pivčević graduated from the Zagreb Academy of Drama Arts in 2007, submitting A Wonderful Night in Split as his graduation work,[1] and that same year he won his third Golden Arena for the World War II film The Living and the Dead (Živi i mrtvi). His next project was Antonio Nuić’s drama filmDonkey (Kenjac) which earned him his fourth Golden Arena in 2009.