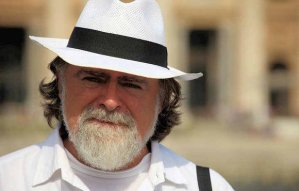 Danijel Riđički was born in 1956. He graduated in Film and TV Cinematography from the Zagreb Academy for Dramatic Art and also in Slavic Languages and Literature from the Zagreb Faculty of Humanities and Social Sciences.

Danijel worked as a lecturer, journalist, cinematographer and TV program editor. He was director of photography on several fiction films and TV drama series. He spent a few years in India working as producer for South Asia. He made five documentary TV series and numerous documentaries on the present-day social and cultural issues of India and Pakistan. He lives in Zagreb and works as Lecturer at the Diplomatic Academy of the Ministry of Foreign Affairs and European Integration and as Senior Lecturer at the Dubrovnik International University.