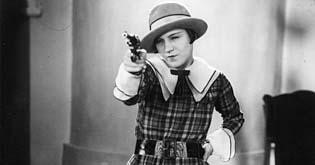 The filmography noted that the exteriors are filmed in Kvarner, mostly on the island Rab. Local newspapers emphasized that the assistant on the film was Yugoslav assistant director Pavle (Paul) Martin from Novi Sad who began his film career as an assistant director and later became a famous German director who made 12 feature films in a period between 1935-58. Paul Martin came to Belgrade at the end of the thirties of the last century and suggested to National Film headquarters to establish a  special common organization that would deal with the shooting of foreign films and films co-produced in the Kingdom of Yugoslavia.

The heroine of the film is Kathy von Nagy, namely Katica Nađ from Subotica. She is acting a lively girl which her father placed in a boarding school from which she soon runs away to join the circus. After returning to boarding school she organizes an escape with other teenage girls, bank robbery and independent life in the fortress on the island.