In January 2015, the pre-production for Goran began. It’s my third collaboration with director Nevio Marasović, who also co-wrote the screenplay with Norwegian writer Gjermund Grisvold. The story takes place in Gorski kotar, in Delnice, over the course of several winter days. Goran can best be described as a classic family drama observed through Scandinavian patterns of tension and violence, a movie starting out as a drama, but ending as a thriller. We follow a taxi driver named Goran (Franjo Dijak), an easy-going fellow leading a casual life, not troubling himself with existential problems too much. Everything he has comes from inheritance. With the help of his best friend Slavko (Goran Bogdan), he is building a sauna next to his mountain cottage, and he is totally committed to the task. Looking for work, he’s waiting for a train coming from Zagreb, hoping to pick up a customer. He runs into Niko (Janko Popović Volarić) and his friend Dragan (Filip Križan), and they plan for a friendly get-together in a bowling alley – a group of school friends who haven’t seen each other in a long time are about to reunite… Also starring are Nataša Janjić (Lina), Milan Štrljić (Luka) and Iva Kranjc (The Woman in White). 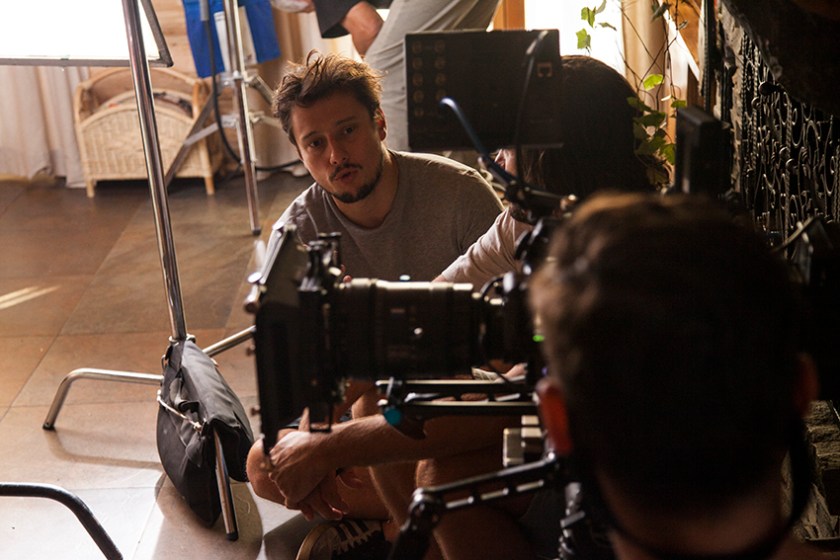 The producer is Danijel Pek of the ANTITALENT production company. Outdoor scenes were shot over two weeks in January and February on various locations in Gorski kotar, and indoor segments were filmed in September on the outskirts of Zagreb and in Ravna gora, which amounted to 24 shooting days in total.

The snowy landscapes of Gorski kotar served as the ideal setting for this film. The seemingly serene and beautiful nature can change its character in an instant, becoming hostile, cruel and dangerous, which reflects on the story and character development. By combining long, steady and poetic takes with rapid and dynamic handheld or steadycam (operated by Davor Bjelanović) shots, we wanted to create a strange world, where everything appears to be normal, yet at the same time bizarre. 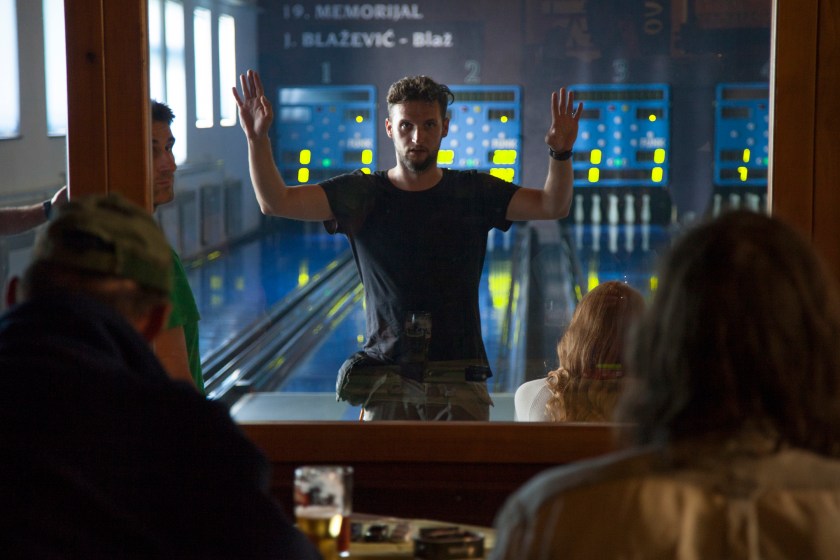 The whiteness, cold and the blinding character of the snowy exteriors combined with the warm wooden interiors penetrated by light reflecting from the snow was the guiding visual concept for the film. The interiors are dark, with over-exposed windows, the light coming in is cold and invasive, it doesn’t belong there. In creating directed diffuse lighting for the interiors, gaffers Dario Laljek and Marijan Kljajić-Tesla used Bi-Color LED lighting, more specifically, WALL-O-LIGHT by Senna. Large units of different types of LEDs (wide or narrow angle, similar to spot or flood Fresnel-lens light) were the perfect tools for creating the lighting setups. Smaller LED units were used as additional lights in contrast control, often reflecting from wooden walls and ceilings, thus creating a warm-cold light contrast and further emphasizing the difference between  the snow-covered (sharp, open) exterior and warm (safe and secluded) interior. The color in the film was designed from the aspect of pronounced whites and suppressed tertiary colors, as well as secondary colors to some degree. In cooperation with the set designers (Iva Rodić and Petra Poslek) and costume designer (Katja Šunjić Kudin), we have successfully created a film world dominated by muted, earthy tones of brown, ocher, orange and green. 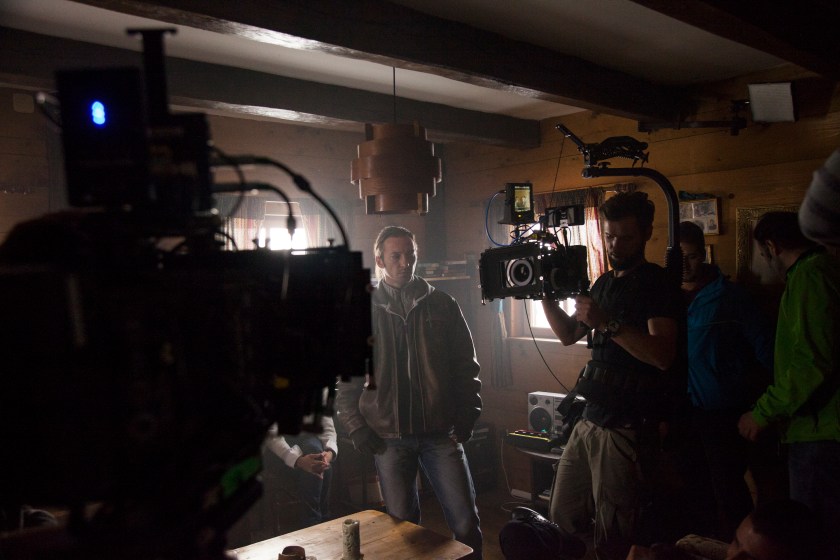 The film was made using ARRI cameras, i.e. Amira as the main camera and Alexa Mini as the second camera, used in extensive dialog scenes and steadycam shots. The lenses used are two zooms by Zeiss, developed in collaboration with Arri: LWZ 15-45mm T2.6 and CZ 28-80mm T2.9. For outdoor night scenes, a set of SCHNEIDER Xenon FF prime lenses was used: 25mm, 35mm, 50mm, 75mm and 100mm with maximum aperture T2.1.

The film is currently in post-production, the visual effects are being completed by the VFX supervisor Aleksandar Ribar of POSTER, the music is composed by the Sinkauz brothers, Damir Rončevič is in charge of the sound mix, while color correction is done by Branko Linta.